Salverform shape flower (tube with a disc of petals at the top), Calyx is tubular, 8 to 10mm long, covered with stalked, sticky glands. Spikes of the Plumbago indica are long 15-20cm. Bright red Corolla has an about 2.5 cm long slandered tube.

Due to its beautiful red color flowers & highly accepted medicinal uses, many countries grow as an ornamental plant as well as a medicinal plant. It is much suited as a container plant for terrace gardening. It prefers warm-temperate climates or under controlled conditions.

Plumbago indica or Rath Nitol plant taken as an herbal remedy for various ailments. In ethno medicinal practices, many countries applied Plumbago indica as follows. In Indonesia, Philippines and Malaysia both leaves and roots as a remedy for swollen glands, headaches, paralysis and leprosy.

The root being considered the most active part of the plant. The roots contain protease, fructose, sucrose, and plumbagin a naphthoquinone. Red Leadwort roots can applied internally and externally.

However, It is toxic mainly due to high amount of the naphthoquinone plumbagin. Researches also showed that Plumbago indica contain significantly higher amounts of plumbagin than Plumbago zeylanica.

This major active compound caused increase the gastric problem when taken internally as further applied on genitals or taken internally acts as abortifacient. Even in a small amount of dose become a reason for sweating and stimulates the central nervous system.

So Ayurveda and many practices suggested doing a detoxification process (Shodana) before taking specially roots of the Plumbago indica. Otherwise, this toxicity may cause paralysis and death from respiratory failure.

So due to adverse effect of Indian leadwort pregnant women should not use. Because it has not only have abortifacient activity but also anti-fertility effects and defect the menstruation. Also, it is better to take only under consultation of Ayurveda doctor.

However, roots of Indian leadwort used to purify the blood and help to stimulate digestion, use as medicine for loss of appetite and some other digestive complaints. Tincture made from the root taken as medicines for secondary syphilis, leprosy, dyspepsia, piles, flatulence, haemorrhoids, colic, cough and bronchitis.

In addition, root paste applied on cuts, wounds. Fresh roots of Kundari, roots of Indian leadwort and Turmeric cover around the neck as treatment for jaundice. Apart from that, leaves juice is used in making medicines for bronchitis, nervous system diseases, chest pains, and catarrh respiratory complaints.

Same as root poultice Plumbago indica leaves are used as a poultice that take as medicine for rheumatism and headache. it is given as a vermifuge to horses In veterinary medicine.

The milky juice of the leaves used in ophthalmia and is applied on the skin in treatment of scabies, ringworm and haemorrhoids. In some occasion, pills prepared using plumbago indica leaves paste and Habenaria constricta gave as contraceptives.

According to number of researches done on Plambago indica showed that its has stimulating digestion, due to anti-inflammatory property relieve the pain associated with the rheumatism and osteoarthritis, Cures swelling, strengthen the body immunity and helps to fight against infections, stimulating the digestive system, it can combination with radiation to enhance the tumour killing effects, antimicrobial properties like anti-fungal, antiviral, and antitussive, healing property for skin wounds, stimulate bowel movement and remove any excess food or bacteria in the intestines,helps reduce weight, improves the metabolism, immunosuppressive effect, balance the body fluid levels, effective treatment for haemorrhoids, cure infestation of ringworm, action against bronchitis. 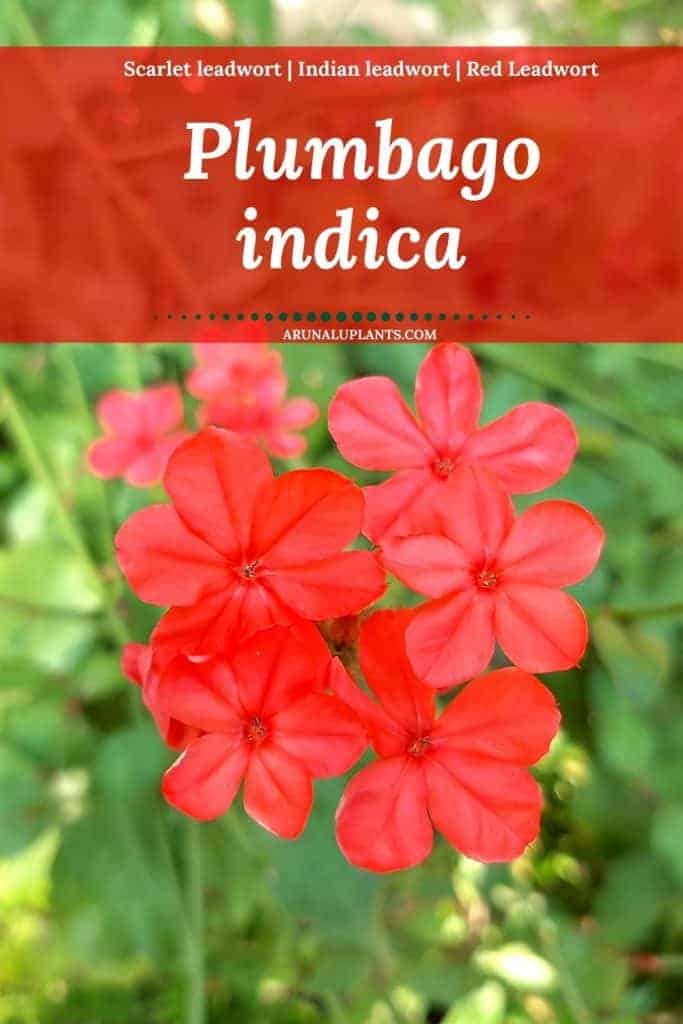 How Much Courier Charges do I need to pay?

Courier charges are calculated based on Package Weight. Automatically that will add to your cart total.

What is the minimum of plants that need to purchase?

Aren't you doing wholesale or pre-ordering?

No, We are not selling our products for WholeSale or Reselling purposes. But we are able to accept pre-orders.

Can We come and collect orders from your place?

When You Send Them?

Usually, We hand over Parcels every Wednesday to the Courier Service. (Only Orders settled payments by Tuesday). Most Probably You will receive it within a day or two.

Do You have any other branches within Sri Lanka?

No...We take orders only through this Online Store. Nursery located in Kurunegala.

Don't you provide a Cash On Delivery Facility?

We don't provide a Cash On Delivery facility.